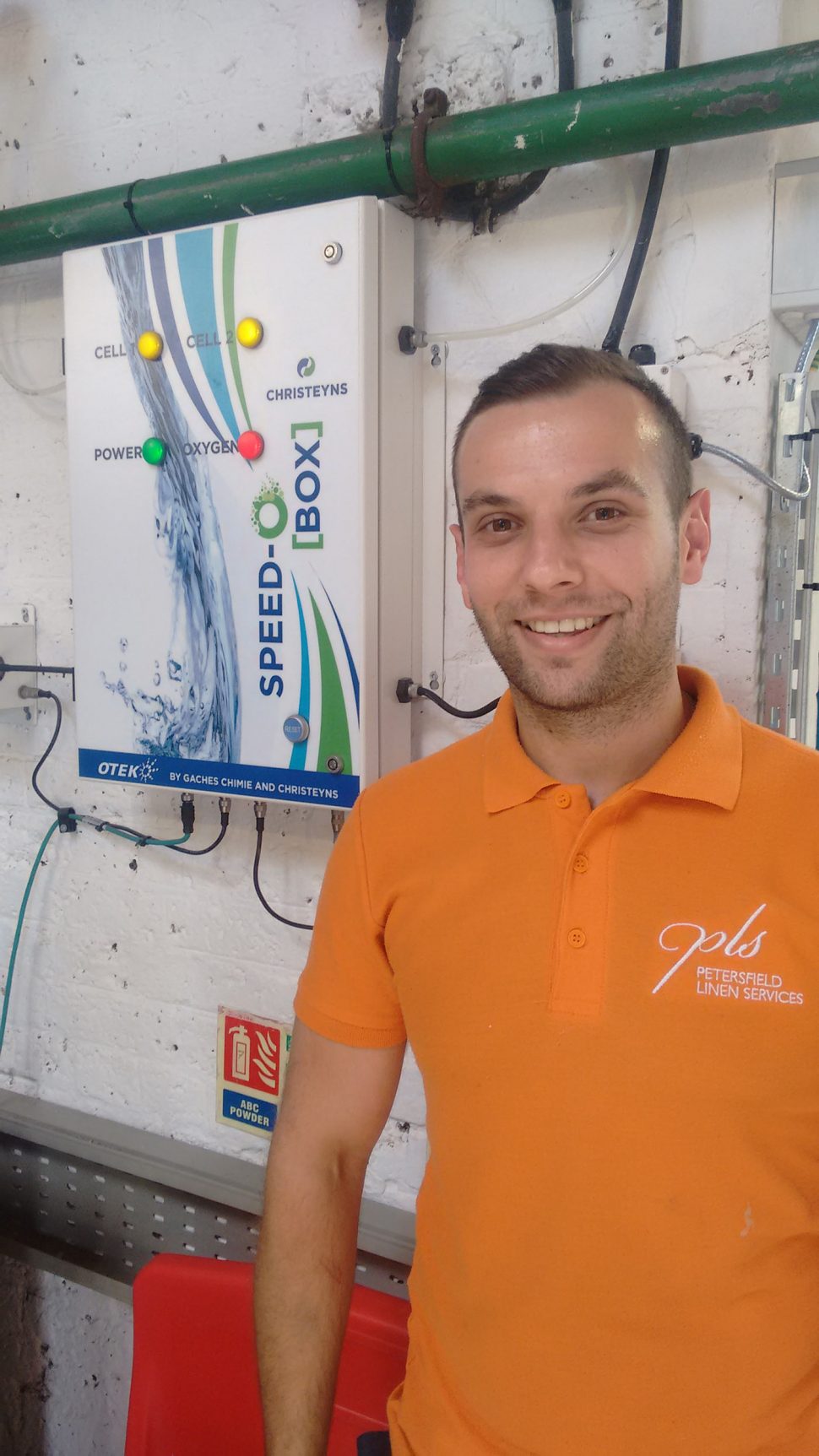 We’ve been working with laundry detergent specialists Christeyns for many years, so when the company announced its latest innovative product back in January, we were keen to give it a try.

Called Speed-O, the detergent incorporates ozone (O3). In itself, this isn’t a new idea: ozone has long been known for its bleaching action and ability to kill bacteria and viruses, and was used to treat the eater supply in Paris as early as 1906. Injecting ozone into laundry water can also dramatically reduce hot water use in large laundry operations, reduce the amount of detergent required, and produce cleaner, brighter linens and clothing. The new Christeyns product goes a step further by combining ozone with active oxygen (Peracetic acid) to create a hydroxyl radical that breaks down dirt in the wash water.

In late January, we installed the Speed-O system on a 90-kilo washer-extractor as a trial. The installation was seamless, and we had no issues adapting the programmes.

We saw the benefits immediately: a softer, fuller feel to towels and linen; improved whiteness and brightness; and a pleasant, fresh smell as though the laundry had been hung outside.

There are more subtle, long-term advantages, too.  Ozone works best at low temperatures – in fact the Speed-O system can run on cold water – so we’ve been able to reduce our water temperature from 710C to 250C. This is less harsh on the linens, prolonging their life span and reducing replacement costs for customers. It also produces less lint, which means less machine cleaning and maintenance for us! Plus, of course, it uses a lot less energy, helping to reduce our carbon footprint.

Speed-O has also cut the machine’s water consumption by 60%, and wash times for towels 58 minutes to just 37. This means it can wash up to three extra loads per day, boosting productivity by 25-30%.

We’ve always believed in investing in technology and doing something different to stay one step ahead.  As a small independent, systems like Speed-O allow us to compete with larger operators and provide a flexible, cost-effective service for our customers.  Although it’s still fairly early days, we’re confident that Speed-O will prove beneficial long-term, and we’re planning to install it on other machines soon.

Picture of Adam Czerwinski, Senior Engineer standing beside the Ozone Technology.  During the trialling and transition process Adam has worked alongside Christeyns to produce a hugely successful outcome.